In this post we welcome Alfinura Sharafeyeva (University of Adelaide), who interviews Professor Richard Pomfret (University of Adelaide) about the course of his work and career, including his most recent book, The Central Asian Economies in the Twenty-First Century: Paving a New Silk Road, where “Pomfret considers the enhanced role of the Central Asian nations in the global economy and their varied ties to China, the European Union, Russia, and the United States. With improved infrastructure and connectivity between China and Europe (reflected in regular rail freight services since 2011 and China’s announcement of its Belt and Road Initiative in 2013), relaxation of United Nations sanctions against Iran in 2016, and the change in Uzbekistan’s presidency in late 2016, a window of opportunity appears to have opened for Central Asian countries to achieve more sustainable economic futures” (Princeton University Press).

This is the third book where you provide analysis of the economic transition in Central Asia.  Do you remember how you started your work on Central Asia?

In July 1992 the new independent states of Central Asia joined the United Nations and had to elect which of the UN’s regional bodies they would participate in.  The Central Asian countries and Azerbaijan joined the UN Commission for Asia and the Pacific (ESCAP).  The ESCAP Secretariat had little idea how to interact with these formerly centrally planned economies and appointed me in December 1992 as a Regional Advisor.  The story that I was told was that, because I had worked on Poland and on China, I should be able to understand economies halfway in between.

In 1992 the Central Asian economies were unexpectedly in transition from central planning but had little conception of what they were transitioning to.  There were no economists with training in or experience of how market-based economies functioned.  Governments received advice from international bodies, but ministers and officials had little capacity to evaluate the advice.

In the fifteen months that I was with the UN, my role was often as an educator rather than as a policy adviser, and with more success when talking to younger policymakers than to ministers and deputy ministers.

What was the most challenging aspect of researching and writing about the Central Asian economies? There are some statements in your book that probably may not sound plausible to the officials of these countries. Have you ever received any criticism with this regard?

My biggest challenge has been linguistic.  Having to conduct most meetings through an interpreter creates an inevitable element of incomplete communication.  It also emphasizes outsider status fuelling the criticism that I do not understand the special circumstances/history/culture of a country.

Good economics applies to all economies.  However, on almost all issues application needs to take into account the particular setting.  The criticism that I misunderstood the setting is hard to refute because it may be true on many points.  However, that does not justify the extreme position that “foreign” economics does not apply to country x.  Too often that criticism is used to justify bad economic policies.  To return to the money example; it was much easier to blame monopolists for hyperinflation than to work seriously on avoiding budget deficits that could be covered by creating more money – reducing budget deficits meant higher taxes or lower government spending, either of which would trigger opposition. 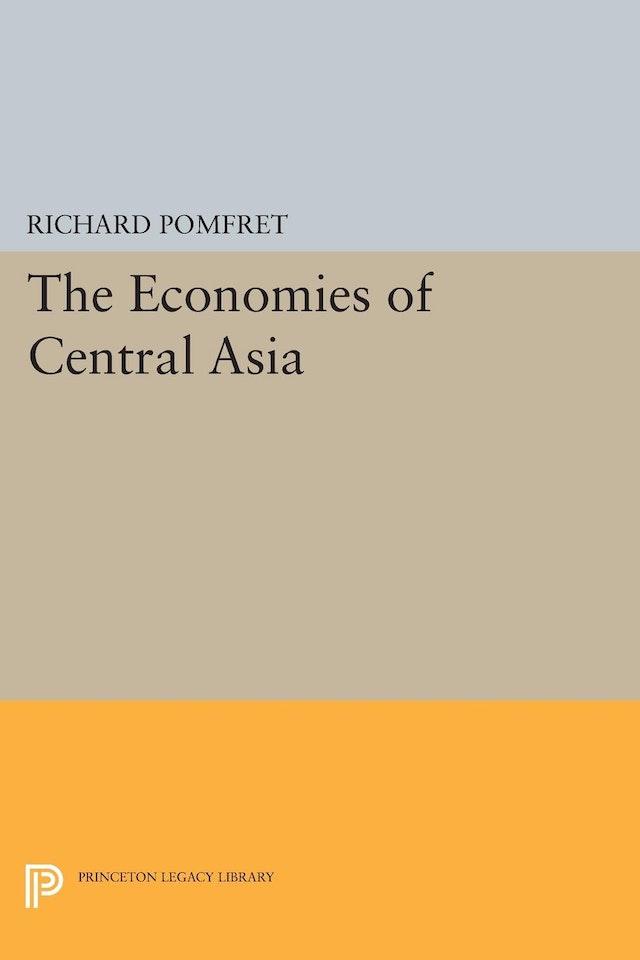 The key questions you attempt to answer in the book are related to the economic systems adopted in the newly established states of Central Asia after the collapse of Soviet Union and their consequences, as well as the challenges of development for resource-rich countries. Have you found a unique answer for all five countries to the questions you pose in your book, or each country should be treated individually? How does your work on the Central Asian economies contribute to our understanding of broader theories and themes in the development economies studies?

After returning to academia in 1994 I wrote my book The Economies of Central Asia, which introduced the five countries, their economic background and the initial construction of national economies after dissolution of the Soviet Union.  In 1992, they could be treated as components of a common region with minor variations, although already in 1993-4 economic differences were strengthening.  By 2020 national differences are much stronger, although shared geography, history and culture continue to provide a common background.

The 2006 book The Central Asian Economies since Independence took the story up to the early 2000s.  A big issue in the 1990s had been the choice of transition strategy: shock therapy or gradualism, sequencing of reforms, and so forth.   The Central Asian economies had been seen as a natural experiment with five countries starting from similar initial conditions and adopting different transition strategies.  An important lesson from the 1990s was that successful transition was not simply a matter of creating a market economy, privatizing and restructuring state enterprises, having good trade and macroeconomic policies and so on. It also depended on institutional factors, widely defined.  Uzbekistan benefited from Tashkent having been the administrative centre of Tsarist and Soviet Central Asia.  The Kyrgyz Republic introduced good reforms, but suffered from lack of the institutions needed for markets to flourish (property rights and rule of law more generally, and limited trust of third parties) as well as a paucity of efficient uncorrupted administrators.

The natural experiment was never completed because, more or less coinciding with the completion of basic transition in 1999 and before long-term consequences could be observed, the resource boom began.  Kazakhstan’s economy pulled away from the rest and the countries that were poor in oil and gas, Tajikistan and the Kyrgyz Republic, fell behind.

The title of the book mentions the new (ancient) Silk Road. Do you find the answers why, being a cross-roads of Eurasia, and liberalizing their markets by joining WTO and other trade agreements, the countries’ trading potential remain realized not in full? Do you agree with the common believe that it is a landlockedness that prevent countries from boosting their trade, or there some other factors that potentially play a greater impediment rather than the region’s geographical position? How do your findings support the active involvement of Central Asian states in the China’s One Belt One Road initiative? What are the key policy recommendations you could draw based on your findings?

Landlockedness can be a boon or a bane depending on a country’s neighbours, and its own policies.  After independence the Central Asian countries were suspicious of trade and of global markets, apart from as outlets for their cotton, oil and gas, or minerals.  Most importantly, this applied to Uzbekistan, which is potentially the major transit country but until 2016 imposed large transit costs.  The situation appears to be changing after the end of the resource boom as the countries seek economic diversification and, given the small domestic and regional markets, exports are a promising destination of new goods.

My 2019 book The Central Asian Economies in the Twenty-first Century: Paving a New Silk Road  discusses the prospects for export diversification, emphasizing the need to reduce policy-imposed costs of international trade.  There is a “window of opportunity” as Eurasian rail connections have been improved, which predates the Belt and Road Initiative but can easily be linked to the Belt and Road Initiative.  Chinese investment is helping to upgrade infrastructure, although there remains an element of anti-Chinese sentiment in the region that could easily be triggered.

A PhD student at Adelaide University is working on the reason why the costs of doing international trade are especially high in Central Asia.  Such research is important to understand the nature of the main trade costs before making policy recommendations for governments to facilitate trade and hence encourage the economic diversification that they wish to promote.

Would you agree that the economies of Central Asia receive relatively little attention by researchers? What are the remaining unexplored aspects of the Central Asian economies? What sorts of research do you see being done in the near future on this subject?

Yes, although this is changing, especially with the increasing number of Central Asian scholars now producing good research.  Coverage remains patchy and incomplete, but I am constantly positively surprised by seeing a specialized article, thesis or monograph on a previously unaddressed topic.

One thought on “AUTHOR INTERVIEW: The Central Asian Economies in the Twenty-First Century: Paving a New Silk Road, by Richard Pomfret”